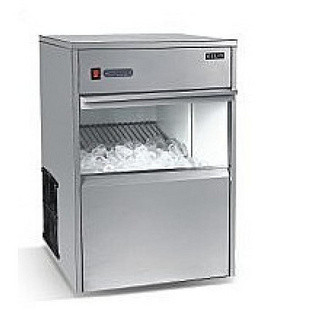 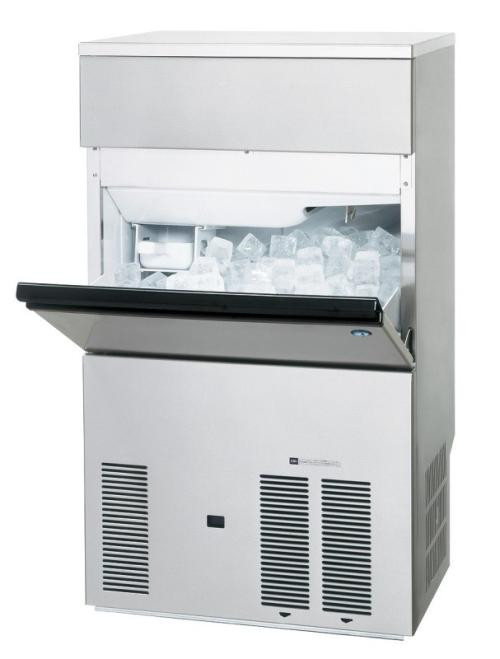 Microwave Machine：Through the supplementary water valve, the water automatically enters a water storage tank, and then is pumped through the flow control valve to the diversion head, where the water sprays evenly to the surface of the ice maker, flows like a curtain over the wall of the ice maker, and the water is cooled to the freezing point, while the water that has not been evaporated and frozen will flow into the water storage tank through the porous groove and start recycling again. When the ice reaches the required thickness (the thickness can be chosen by the operator/user at will), the hot gas discharged by the compressor is re-introduced into the wall of the ice maker to replace the cryogenic liquid refrigerant. In this way, a film of water is formed between the ice and the wall of the evaporation tube, which will lubricate the ice when it falls freely into the trough below by gravity. The water generated during the ice mining cycle will be returned to the storage tank through the porous groove, which also prevents the wet ice from being discharged by the machine. 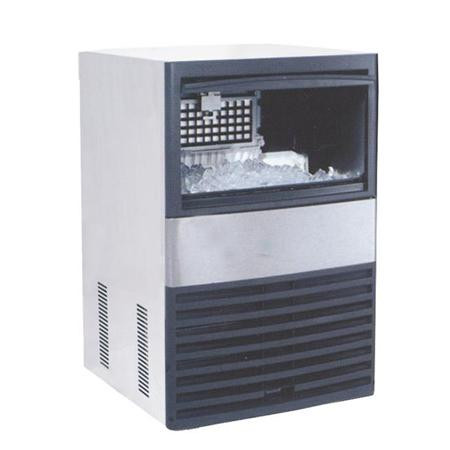 Through the intake valve, water automatically enters a storage tank, and then pumps water to the shunt pipe through the pump. The shunt pipe evenly flows water to the evaporator cooled by cryogenic liquid refrigerant. The water is cooled to the freezing point. The water cooled to the freezing point will solidify into ice, and the water not frozen by the evaporator will flow into the storage tank, and the circulation will start again through the pump. When the ice reaches the required thickness, it enters the de-icing state, and the high-pressure hot gas discharged by the compressor is drained to the evaporator through the reversing valve to replace the cryogenic liquid refrigerant. In this way, a water film is formed between the ice and the evaporator, which separates the ice from the evaporator and freely drops the ice into the ice storage tank below by the action of gravity.